the wall street journal had an article in it that made my head explode — first rage then anger! i came down with a real need to mangle the system that creates this prefab delusion made up of a helpless (if not hapless) herd of humans who are too dense to understand what common sense is.Fed up with the Federal (anything) mandating your/my life and what you should do about it. from pop to where you smoke to how you dress when your driving to portion size to… you fucking name it. the government wants its piece of the pie whether you need it or like it. 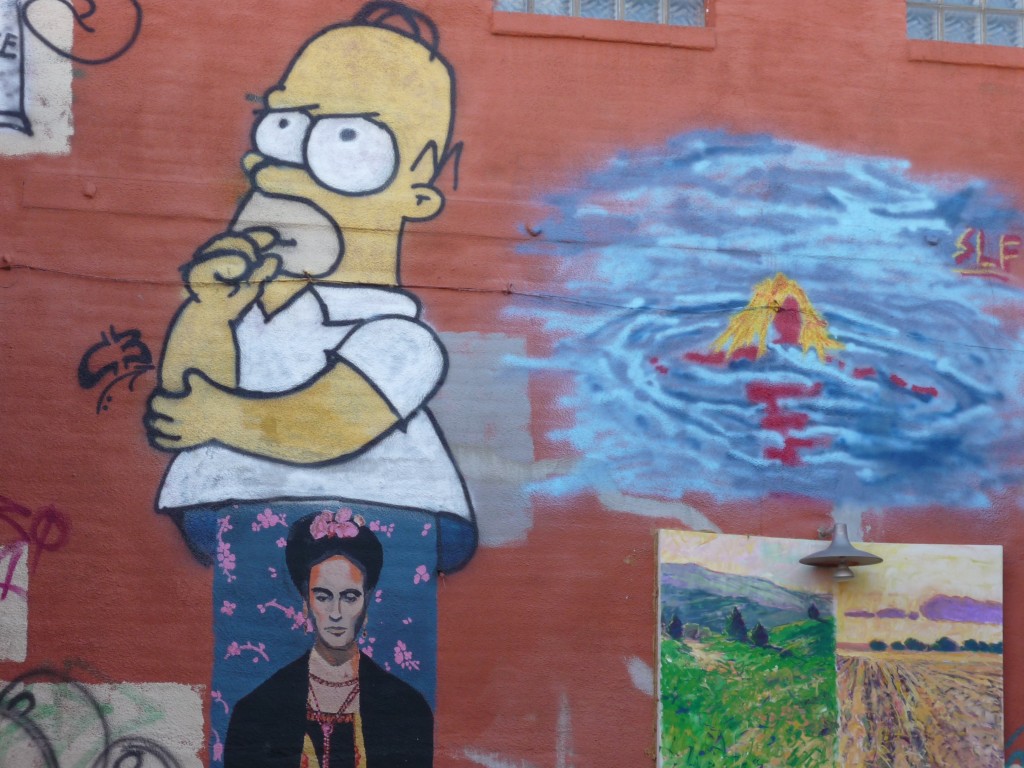 i guess the article was supposed to be a light-hearted look at how the rules and regulations set down by the U S federally are helping the poor, misguided office workers (such as you) who do not seem to know enough to move their bodies in a manner that is acceptable to OSHA or the insurance claims departments. time for some rules, kids! let’s face it, you’re too dangerous without proper adult and governmental supervised rules and regulations; hence let’s  mandate a specific set of innocuous movements which should constitute a safe and drama-free work environment. this should be enough to satiate the insurance companies who are tired of big corporations killing people in the workplace with all that ill-advised work-related hazardous activity such as using sharp pencils and walking or… gulp… sitting incorrectly. now of course, this costs dollars, people! look, they don’t mind collecting them but fuck! giving them back… come on man! we are an insurance company, not a daycare — we can’t be expected to pay you every time a wrist is tweaked or you get lower back spasms and that freakin’ carpal tunnel — don’t even get us started on that one… come on, just take one for the team, fella.

your federal government has thankfully stepped in to ensure that there are no accidents in the offices of evilco world headquarters. just think of it: an accident-free world. safety for everyone — thank you, bloated government, thank you. why, what would we be without the watchful eye of the special groups and committee members looking out for any kind of opportunity to mandate and regulate your life…? which, in turn, creates the impression that they (politicians) are in fact necessary to help create and maintain the standards to protect the innocent hapless workers who arrogantly (if not ignorantly) walk in to dangerous and uncontrolled environments and foolishly put themselves at risk for injury such as — dare i say it? — fatigue or cramps perhaps a stiff neck or lower back pain from sitting at their desk… and what about those bright lights? its a fucking job! its called work, you fuck sticks. grow a pair. this country was founded on bloody knuckles, sore backs, and long days. the reward for your hard work was usually more hard work; but it also set a template for the following generation that to get what you want in life you have to take risks and reap the reward. fast forward 50 years, and now we are teaching the next generation to be still and demand safe everything. we are teaching them that it is OK to expect people to take care of you — what could go wrong?? and now you want to get a wrist brace for your thumb injury because insurance and workman’s comp covers you… so why not, right?

there are office cops who snitch!!! on the people that are doing crazy-ass things in the work place like taking two steps at a time, or worse fucking yet short cuts! good lord, when will this office mayhem end? the tyranny of big corporations is obviously out of control; letting these adults expose themselves to injury and or harm from chairs, floors, doorways, coffee, snacks, forks. madness I tell you, madness. let’s face it evilco just does not care about your sorry workin’ ass. thank god for congress

yeah, so anyway, in this article, there are these little weasels who go around and watch for big trouble like walking to and from your desk and not following procedures. these procedures were a direct result of some sort of cost/benefit analysis by insurance companies who decided that giving money to people who get hurt on the job blows, so they made a generous contribution to the weasel politician of their need… and just like that! companies increase their compliance ratio and make sure to follow the guidelines set down by special committees headed by — you guessed it — your political godfather.

your government thanks you! now buckle up your safety helmet and adjust your knee pads.

no pain no gain… listen up you Washington fuckwads, I deal with people who save lives all the time. they are fearless  when it comes to doing their jobs. they do not worry about coffee temperature or stiff hands or improper ergonomics much less mechanical redundancy. they just get the job done for the simple reason that they are driven to do their work, as opposed to, say… bobby joe, who just wants a paycheck and could care less if swillco makes more paperwork for the main office to file and store. you get what you give in life. truth is, big companies are big — they inhale little companies so they can satisfy their stock margins. they pretend at this “community” shit, but in reality they can only see the bottom line, and it ain’t you pal. employees become jaded and begin to cheat and lie to attain what they think they’re owed… paper clips, workmans comp; this is its own petri dish of greed and larceny. no innocence in this gig; everybody feeds the government doggy on this one. and the more you live in a state of just “get along to go along” you end up losing sight of the virtue of a day’s work for a day’s pay, you lose yourself and lose the drive to accomplish something to gain self-esteem and self-respect for yourself and your workplace. and from the other end, swillco, by not bowing down to tax pressure and political correctness would see a workforce that has been given the responsibilty to get things done and become loyal to those that are loyal to them. crazy, huh?

speak directly into the clown’s mouth please, and repeat your order. thank you, pull ahead.

do you think for one second that Donny Dishwasher cares about his job? or could he be just trolling for an oppertunity/injury to take a paid holiday? (i mean, duuuuuuude, i can’t keep up this pace, i gotta party.) Donny’s new goal? end up on the corporate dole. its not like they even know he’s sucking oxygen. in fact, the only person who cares for Donny’s well-being is Donny’s asshole lawyer who sees Donny as a nice payday. this is a chance for Donny to rethink his fast food future — maybe he should look into the medical field? uh, then again…

the sheer audacity of these limp, weak-thinking proletarians that inhabit our sludgy hallways of  governmental agencies to think of themselves as anything but saviors is a crime! but it is what drives this bullshit. they need the act of making sure people see them (the government committee) watching out for you (the people’s worker) — you’re just so down-trodden and abused by big companies, you don’t even know you’re being abused — so I’m here to help… now about that vote. really!! you boneheads can’t tell the difference between common sense and AV geeks gone wild? i guarantee that all those guys got wedgies as teens… and they should again.

…and lets not forget who’s really driving the safety van: the insurance companies. they ain’t paying out without a fight, because so many people abuse the system — i.e. uncle bill who wears a back brace is at the bar every friday telling people that his life is over because he slipped and can’t work any more… “those bastards are gonna pay” mainly because he’s a lazy piece of shit that requires daily intakes of animal fat and grain alcohol to feel like he has a purpose in life… (especially at happy hour where misery loves a lot of company) but too, the insurance companies also fuck over genuine people every day. make a claim, rates go up, or they boot your ass to the curb.

so everybody’s got skin in the game, but the only one that has the power is you

there are always reasons for things being created in the first place — mining companies were negligent with their safety rules and people died because of it — but to go from there to some idiot in new york trying to look involved by limiting sugar intake for those poor people who don’t have a choice in the matter… oh wait, they do! don’t shove shit in your face and down your throat — TAKE RESPONSIBILITY!!!!!! like the Miner who is at the mercy of his working environment by choice, so too are the fatty pants that will just not stop abusing themselves. one is an accepted risk;  their own choice / need — the other is laziness and indifference.

look, the takeaway here is: you let things expand like micro-mini-managing, and this is what it boils down to: a picture in the wall street journal of little robot-like office workers marching with hands on hips and smiling because the government has created a happy work space, unlike those poor, misguided people who run their lives without any governmental control. can you imagine? honestly! wait till Obama and Oprah hear…

i deal with honest and tough individuals who never seem to get a voice — the real backbone of this once great country. but the limp shall inherit the earth by buying and giving people stuff, and not expecting anything in return… except… well… you know… we’d love to have your support in the next election. a true generation of swine. you were right, hunter.   what’s next, kids? oh, you don’t know? well, i’m sure the government has your back. now let’s heal ourselves…